Get a Great Smile

It is our mission is to change lives one smile at a time. We look forward to working with you to reach your smile potential.

Our office offers a breadth of services to meet your needs. Check out the overview of our services listed below or book a consultation to discuss which services are best for you.

You can have it all!  We work with patients to achieve their full smile potential by creating exceptional experiences provided by rockstar team members who help to deliver awesome outcomes every day.  Confident smiles are made daily at Smile Doctors. 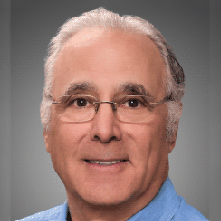 Richard Skibell is a Texas cowboy at heart and has been practicing orthodontics since 1974. Skibell grew up in Lubbock, Texas, and attended the University of Texas School of Orthodontics where he earned his degree. Soon after, he started his own private practice where he worked from 1975-2010. Reach your doctor from anywhere with the Smile Doctors App.